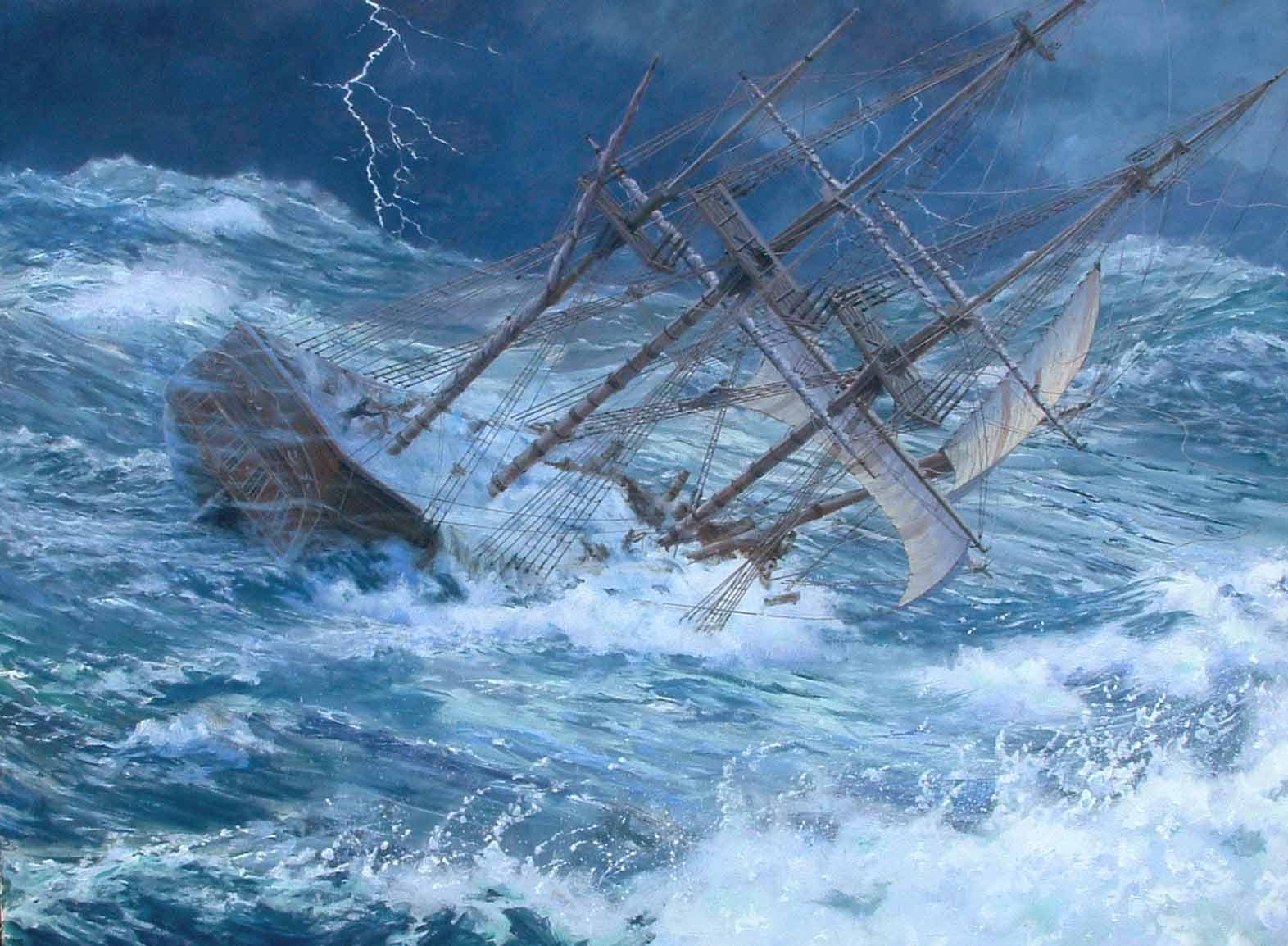 John Newton was a wild man who loved a drink and a bit of fun and made a living out of trading slaves across the ocean. One night on the Atlantic, as a violent storm began to tear his ship apart, John joked with a mate that soon they would be in harbour and laughing about it over a drink. But with tears streaming down his face, his mate replied, ‘No John—this time we’re finished!’ His words shook John but he refused to give in to fear. Then, later that night (when it was his turn at the helm), the waves were so big that he had to tie himself to the wheel in order to avoid being washed overboard.

Alone on the deck and drenched to the skin but still proud and defiant, he wrestled the wheel helplessly: waves crashed, the briny water stung his eyes, sails ripped and then finally—with an almighty crack!—a mast snapped. And in the depths of his soul, John simply could not escape the feeling that this was all getting very personal: that he wasn’t just fighting against waves and wind, he was fighting against God himself and that the great Elohim was just getting started.

The pride and fierce complacency in his heart began to feel ludicrous, and, as lightning stabbed the sky, he started to reflect on his life. He thought of his mother and the things she had taught him, especially one of her favourite passages from the book of Proverbs, which he had memorised and then forgotten until this moment—words that came to him as if spoken directly from heaven, and (appropriately) the speaker was a woman.

‘Lady Wisdom goes out in the street and shouts.
At the town centre she makes her speech.
In the middle of the traffic she takes her stand.
At the busiest corner she calls out:

“Since you laugh at my counsel
and make a joke of my advice,
How can I take you seriously?
I’ll turn the tables and joke about your troubles!
What if the roof falls in,
and your whole life goes to pieces?
What if catastrophe strikes and there’s nothing
to show for your life but rubble and ashes?
You’ll need me then. You’ll call for me, but don’t expect
an answer.
No matter how hard you look, you won’t find me.

“Because you hated Knowledge
and had nothing to do with the Fear-of-God,
Because you wouldn’t take my advice
and brushed aside all my offers to train you,
Well, you’ve made your bed—now lie in it;
you wanted your own way—now, how do you like it?
Don’t you see what happens, you simpletons, you idiots?
Carelessness kills; complacency is murder.
First pay attention to me, and then relax.
Now you can take it easy—you’re in good hands.”*

John broke down and surrendered to Lady Wisdom and to God, and came home to the lover of his soul. Thus began his long journey towards becoming a minister, an important player in the abolition of the slave trade, and the author of that famous hymn Amazing Grace.

+ picture from Church of England Reader